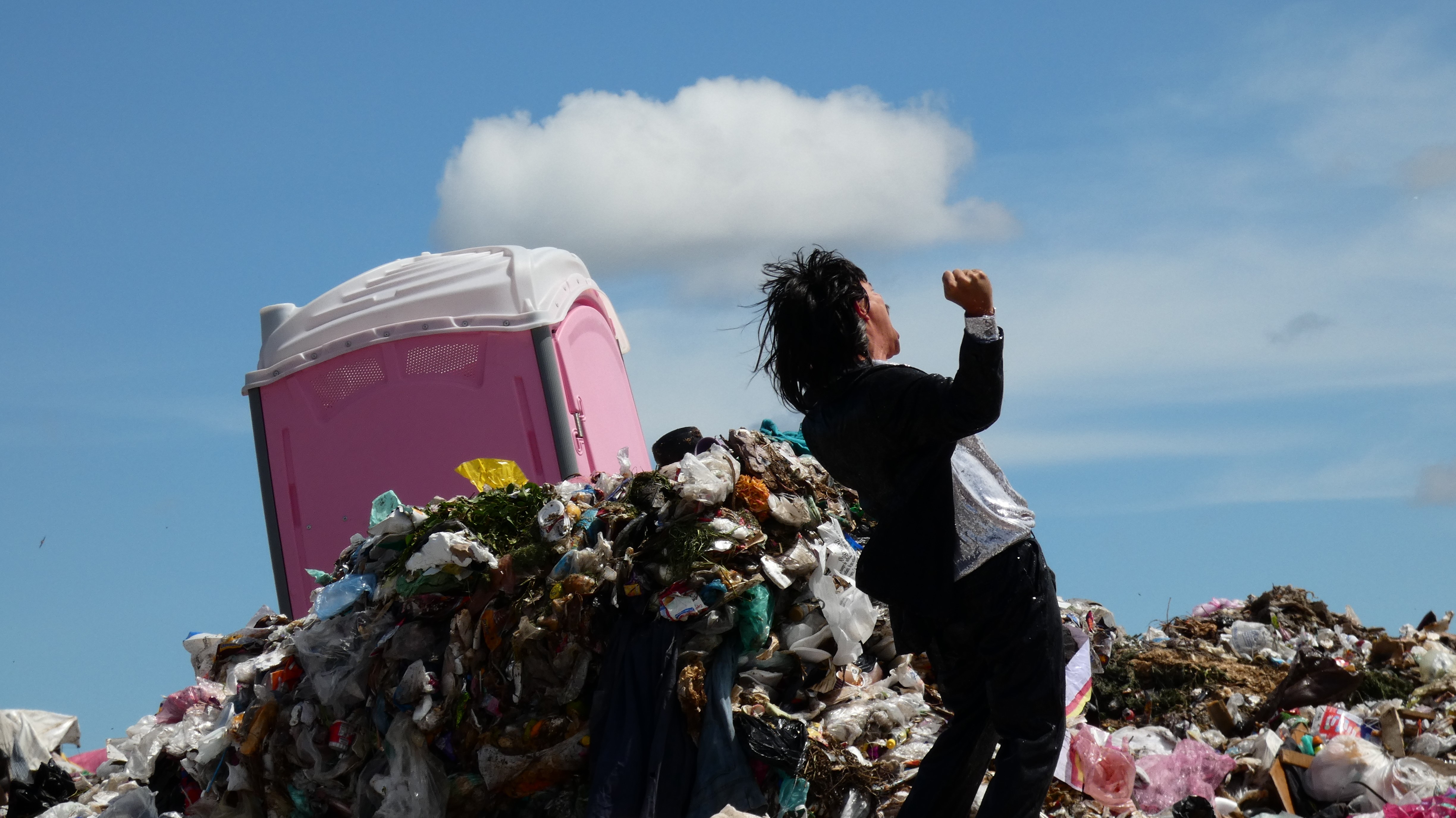 World premiere
In the presence of Elena Montesinos & JD Schneider.. and probably more.

It looks like the end of the world in the middle of a vast dump that stretches as far as the eye can see. A mad preacher (Silverio) bedecked in a black disco suit fulminates and screams at some kind of human parasites. An eccentric bunch of freaks prepares a telepathic meeting. The Queen of the beehive (Lydia Lunch) bellows out her anger at the world while "earworms" fallen from space broadcast subversive messages (created by Otto Von Schirach).

Never Gate is a strange and inspired "crazy trip", shot mainly in "broken English" (and a few european languages) and infused with spirals of lysergic fantasy.  It tells the story of the extraordinary and energetic fauna that inhabits a residence which is bizarrely reminiscent of a psychiatric hospital and begs the question "is this some kind of madhouse?"

Meet Khan of Finland as « The Acid King », The Monsters and their Singing Pizza Delivery, Jean-Luc Verna and Jean-Louis Costes as wrathful deities, Gianni Motti leading a worldwide telepathic meeting, The Young Gods in their laboratory, Vidya Gastaldon as a dematerialized yoga teacher, Nathanael Esh wrapping everything he finds, Noise Populi cutting vinyls, Poulpo (aka LPLPO) in microscopic size, The Wild Panthers being watchful, Abraham Poincheval hidden inside a synthetic stone and DJ Marcelle trying to get the power back after a few black outs.
There will be a certain number of contemporary art pieces to be found in the middle of this audiovisual multi-layered fantasy, in which some of the most powerful energies from the international underground will pop up.
The artists and artworks originally programmed to the artistic event GET A NERVE have now become the movie central characters.