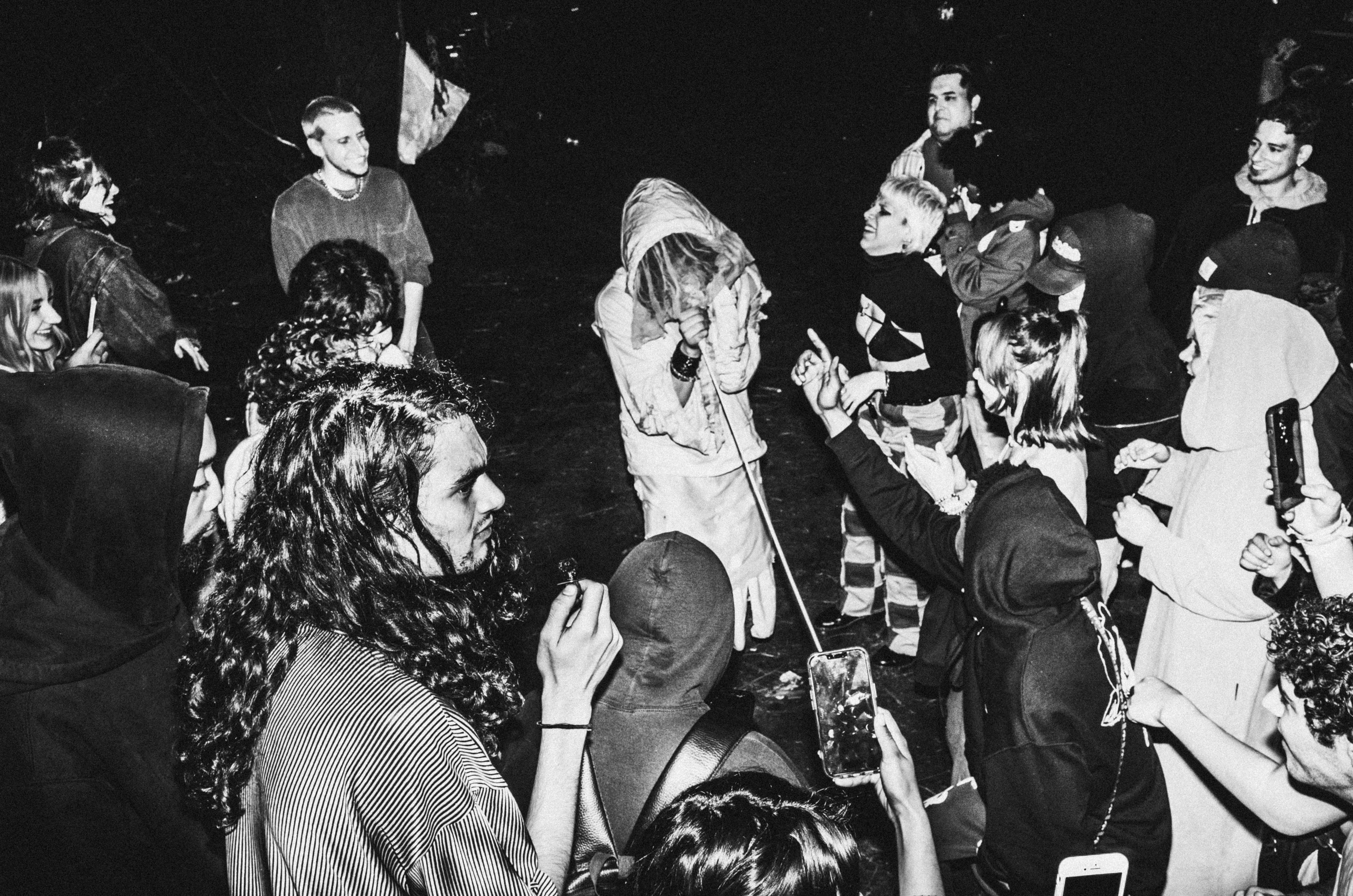 Saturated dance music, harsh vocals and angry choreography in the middle of the audience constitute the haunting and intense performances of emme, who will play for the first time in Europe during LUFF. A new figure of the New York queer noise scene, emme appropriates the venues in which she plays to create her gloomy world, with her own lighting, costumes and movements. She released Heaven Help Me in 2021, a solo opera that explores the aftermath of an abusive relationship, and will present at LUFF Help Me, her new EP released this October.