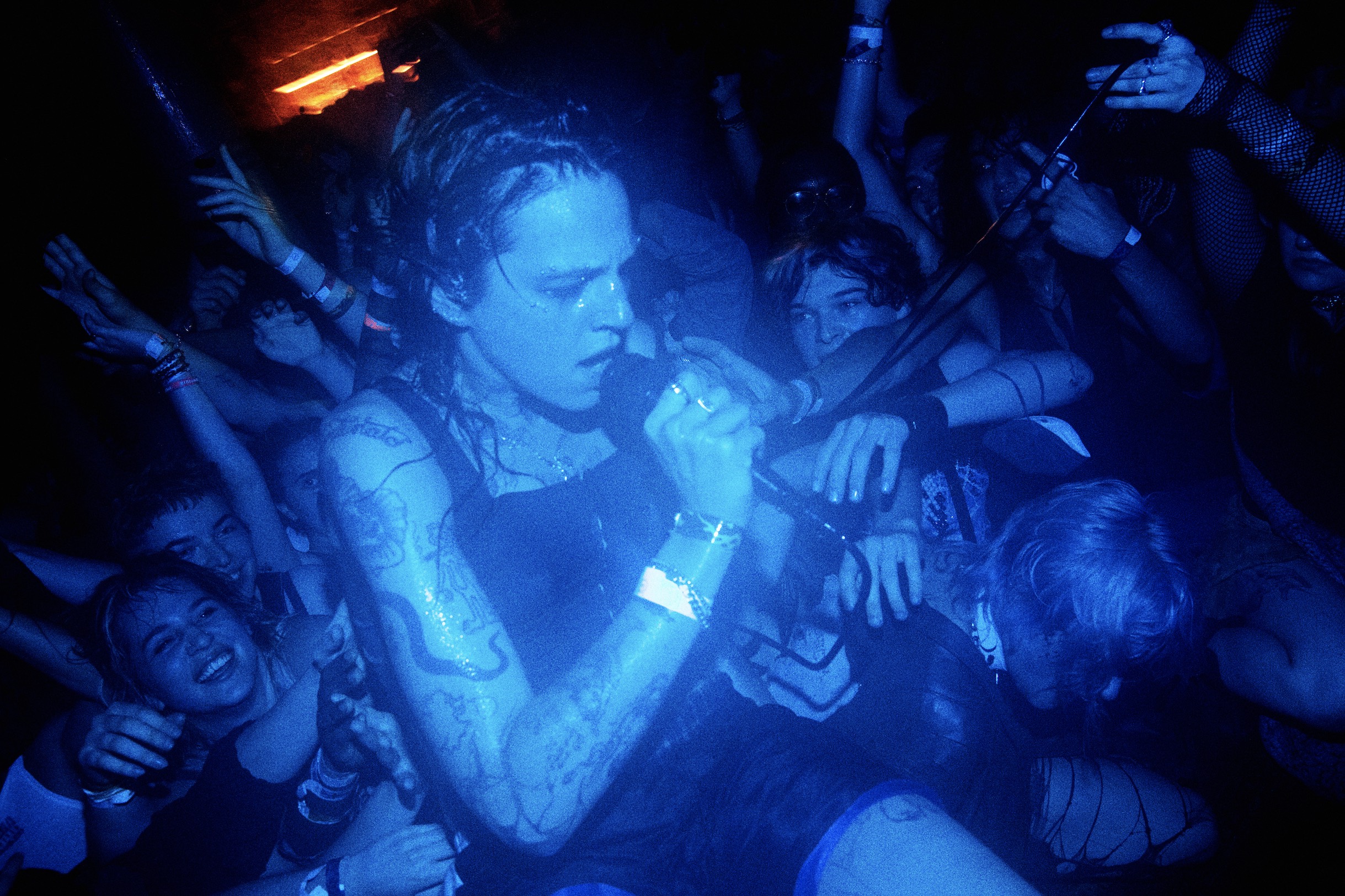 A project motivated as much by hardcore music as by the activism of its members, Deli Girls is formed by Danny Orlowski in collaboration with various producers. For nearly a decade, Deli Girls have been proclaiming queer freak and anti-establishment values in the New York DIY scene, making sense of a crazy world by combining Orlowski's caustic screams and distorted vocal convulsions with the most chaotic extremes of digital hardcore, punk-noise, rap or nu-metal. In 2022, Orlowski joined forces with Hatechild (from the Melting Point collective) at the duo's concerts.