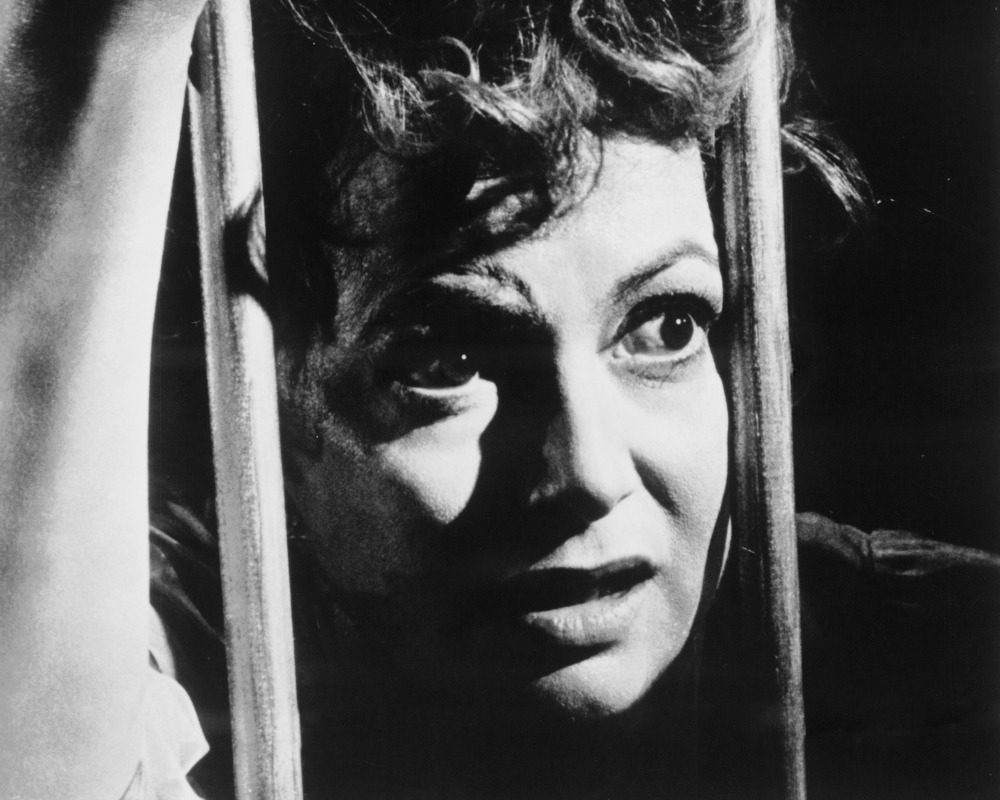 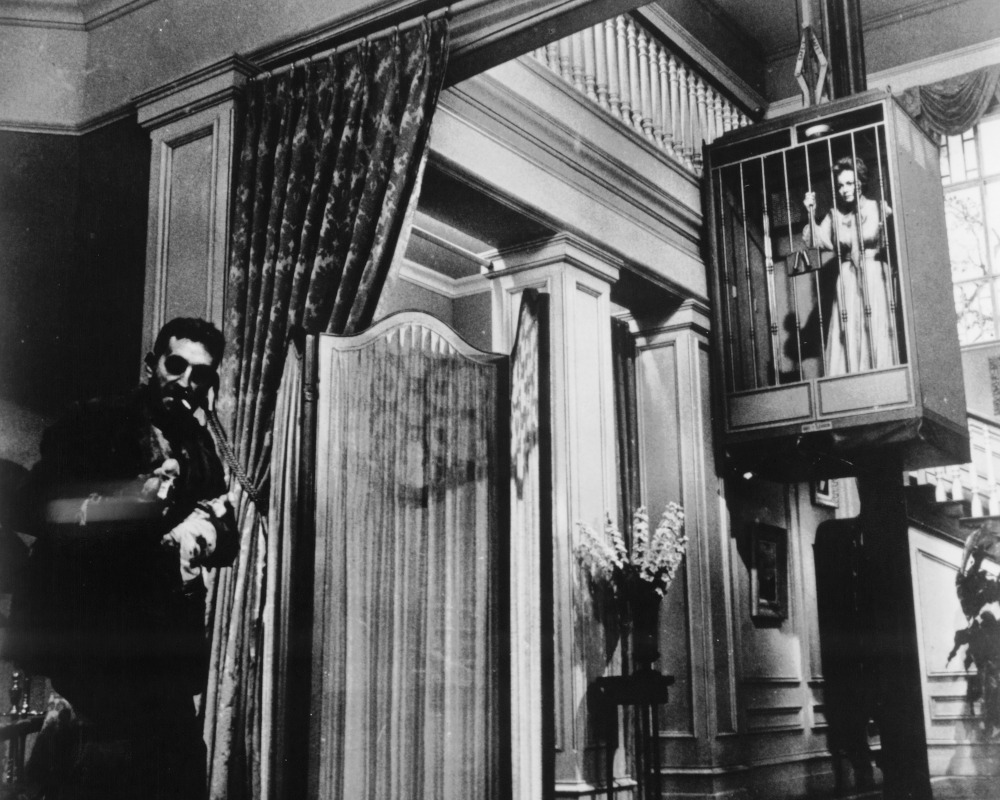 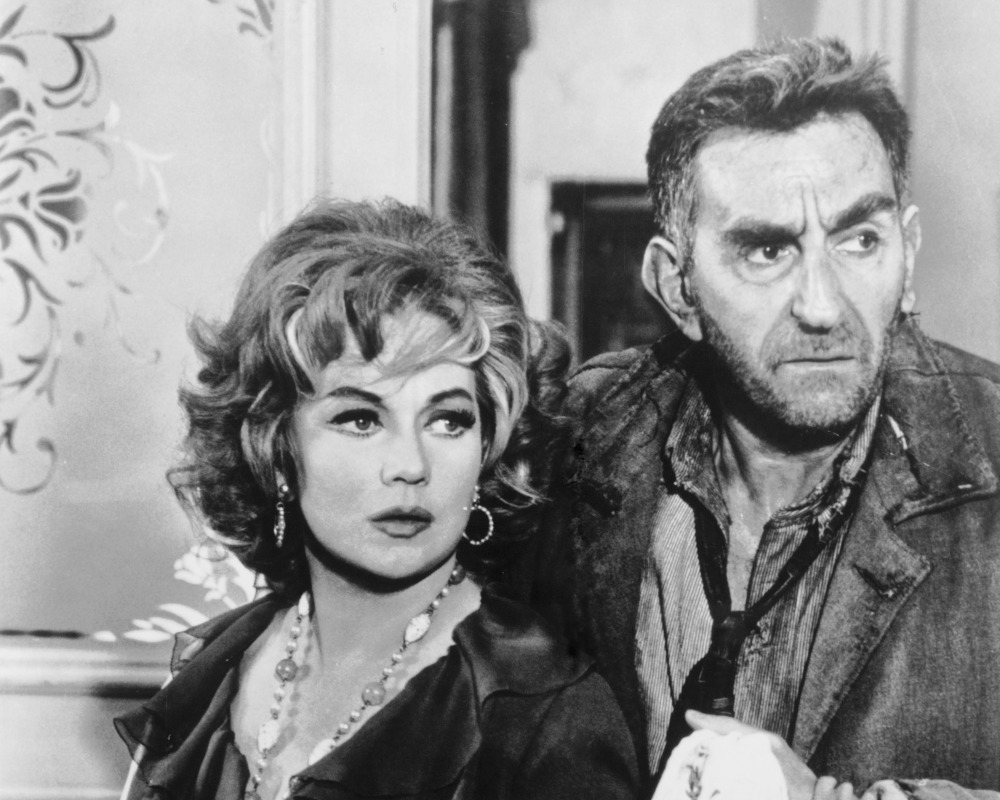 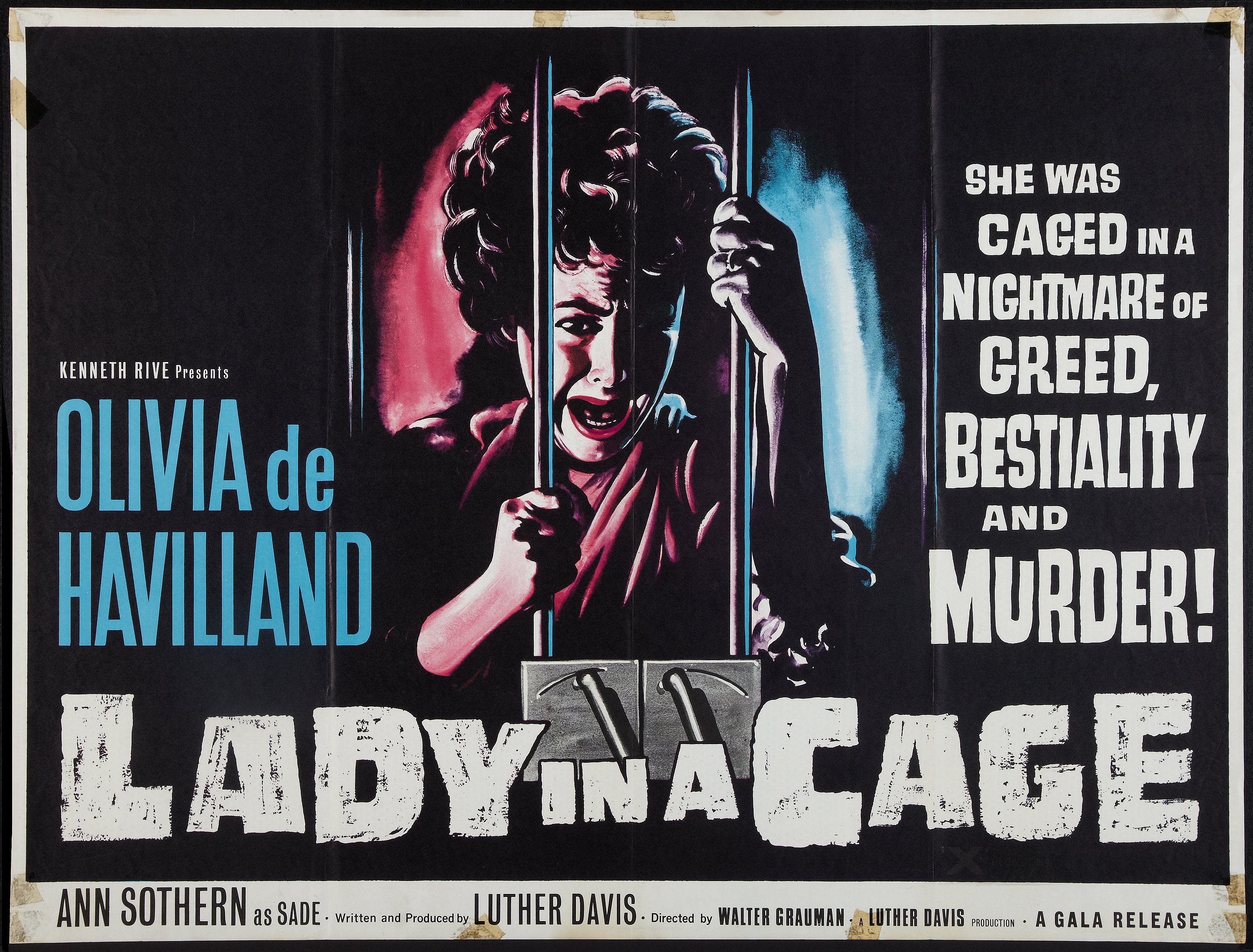 LADY IN A CAGE

In the presence of Stephen Sayadian

When I was eleven years-old I saw Lady in a Cage at a drive-in theater in Chicago. By then, I was already a horror film veteran and didn’t spook easily, but Lady scared the childhood right out of me. I was in a full-blown panic attack from the opening (Saul Bass inspired) credits.

This was my kind of nasty: urban squalor, doped-up punks, teenage sex and plenty of blood. Six decades later it remains one of the pivotal memories of my pre-teen years.  Last month I discovered an essay on LIAC by writer Dawn Keetley -- the first time I’ve read anything on the film in thirty-years.  Below is a condensed version, the entire article is available on the website Hollywood Homeroom.

Lady in a Cage (1964) is a deeply disturbing film.  I was, to put it bluntly, shocked that a film this dark was made in the early 1960s.  It anticipates some of the more nihilistic horror films of later decades – notably Wes Craven’s Last House on the Left (1972) and Michael Haneke’s Funny Games (1997 and 2007).

Luther Davis wrote the original screenplay and Walter Grauman directed.  Aside from its unremitting bleakness, the film is also notable for its stars: Two-time Oscar winner Olivia de Havilland plays Mrs. Hilyard, the eponymous “lady in a cage,” and one of the invaders of her home, Randall, is played by a young James Caan, in his first costarring role.

LIAC begins on a hot summer day at the start of a holiday weekend.  Mrs. Hilyard, physically disabled by a hip injury, is trapped by a power outage in the private elevator that allows her to travel up and down the floors of her luxurious home.  Despairing at first about the prospect of dying from dehydration, her problems soon become more immediate when her home is invaded by five people – first by a recovering wino (Jeff Corey) and a former prostitute, (Ann Sothern), and then by three young punks. The oldsters strictly want to rob the wealthy Mrs. Hilyard.  The juvies too have theft in mind, but also seem to enjoy tormenting the wealthy woman suspended in the cage, especially Randall, who turns out to be a sadist of the first order.

LIAC could very easily have been a socially-conscious film about wealth disparity.  The contrast between Mrs. Hilyard’s lavish home and the clear poverty of all five characters who invade it is starkly apparent.  And the sight of Mrs. Hillyard dangling above them in a gilded cage is a powerful visual metaphor for the (seeming) untouchability of the very rich.

The movie is not, however, a film about the plight of the poor in post-World War II USA.  Aside from the home invasion films I mention above, LIAC most reminded me of Adam Green’s 2010 Frozen.  In this film, three characters are trapped on a ski lift as a blizzard moves in and as they contemplate trying to get down, wolves appear below, finally devouring them.

The three young people who invade the home are akin to the wolves in Frozen – utterly devoid of humanity as their prey dangles above them. (The filmmakers explicitly align the juveniles with animals.)  Mrs. Hilyard says at one point, “Even animals would have more simple compassion than you.”  “Right now, I am all animal,” Randall responds.

Something of a controversy erupted around LIAC when Bosley Crowther condemned it in his New York Times review of June 21, 1964.  He called the film “socially irresponsible” in that “It tends to become a sheer projection of sadism and violence for violence’s sake.” In response, screenwriter Luther Davis wrote a letter to the editor defending his film.  He tried to argue that everyone – “all men and women” – were likely to identify with the tormentors, and “exhilarate” in doing so.

I have to say that I think Davis failed, despite what he claims he tried to do. It’s hard to believe that too many viewers did – indeed could – identify with the punks. Crowther was right when he said that LIAC offers “a sheer projection of sadism and violence.”

But that’s alright. We need art that explores aspects of human nature that are, well, inhuman.

What is powerful and deeply disturbing about Lady in a Cage is precisely one of the functions that a horror film serves in our culture.  It reminds us of the capacity for inhumanity inside the human race.
Stephen Sayadian